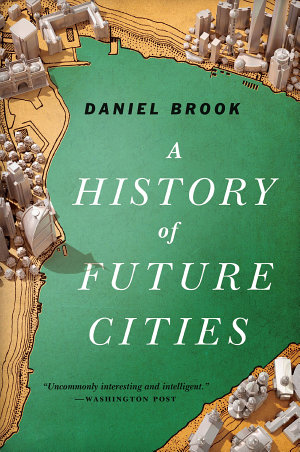 One of The Washington Post's "Favorite Books of 2013" A pioneering exploration of four cities where East meets West and past becomes future: St. Petersburg, Shanghai, Mumbai, and Dubai. Every month, five million people move from the past to the future. Pouring into developing-world “instant cities” like Dubai and Shenzhen, these urban newcomers confront a modern world cobbled together from fragments of a West they have never seen. Do these fantastical boomtowns, where blueprints spring to life overnight on virgin land, represent the dawning of a brave new world? Or is their vaunted newness a mirage? In a captivating blend of history and reportage, Daniel Brook travels to a series of major metropolitan hubs that were once themselves instant cities— St. Petersburg, Shanghai, and Mumbai—to watch their “dress rehearsals for the twenty-first century.” Understanding today’s emerging global order, he argues, requires comprehending the West’s profound and conflicted influence on developing-world cities over the centuries. In 1703, Tsar Peter the Great personally oversaw the construction of a new Russian capital, a “window on the West” carefully modeled on Amsterdam, that he believed would wrench Russia into the modern world. In the nineteenth century, Shanghai became the fastest-growing city on earth as it mushroomed into an English-speaking, Western-looking metropolis that just happened to be in the Far East. Meanwhile, Bombay, the cosmopolitan hub of the British Raj, morphed into a tropical London at the hands of its pith-helmeted imperialists. Juxtaposing the stories of the architects and authoritarians, the artists and revolutionaries who seized the reins to transform each of these precociously modern places into avatars of the global future, Brook demonstrates that the drive for modernization was initially conflated with wholesale Westernization. He shows, too, the ambiguous legacy of that emulation—the birth (and rebirth) of Chinese capitalism in Shanghai, the origins of Bollywood in Bombay’s American-style movie palaces, the combustible mix of revolutionary culture and politics that rocked the Russian capital—and how it may be transcended today. A fascinating, vivid look from the past out toward the horizon, A History of Future Cities is both a crucial reminder of globalization’s long march and an inspiring look into the possibilities of our Asian Century. 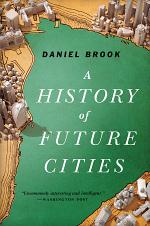 A History of Future Cities

Authors: Daniel Brook
Categories: Social Science
One of The Washington Post's "Favorite Books of 2013" A pioneering exploration of four cities where East meets West and past becomes future: St. Petersburg, Shanghai, Mumbai, and Dubai. Every month, five million people move from the past to the future. Pouring into developing-world “instant cities” like Dubai and Shenzhen, 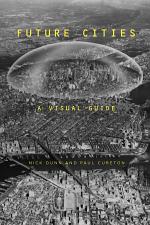 Authors: Nick Dunn, Paul Cureton
Categories: Social Science
What might our cities look like in ten, twenty or fifty years? How may future cities face global challenges? Imagining the city of the future has long been an inspiration for many architects, artists and designers. This book examines how cities of the future have been visualised, what these projects 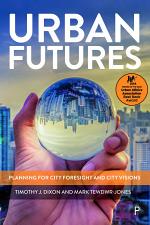 Authors: Dixon, Timothy J., Tewdwr-Jones, Mark
Categories: Architecture
City visions represent shared, and often desirable, expectations about our urban futures. This book explores the history and evolution of city visions, placing them in the wider context of art, culture, science, foresight and urban theory. It highlights and critically reviews examples of city visions from around the world, contrasting 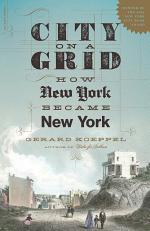 City on a Grid

Authors: Gerard Koeppel
Categories: History
Winner of the 2015New York City Book Award The never-before-told story of the grid that ate Manhattan You either love it or hate it, but nothing says New York like the street grid of Manhattan. This is its story. Praise for City on a Grid "The best account to date 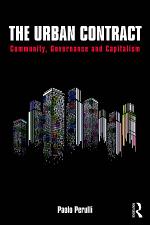 Authors: Paolo Perulli
Categories: Business & Economics
Today, the increasing mobility of capital, people and information has changed the space relations of urban societies. Contractual relations have increased in every field of social life: in the economic field, but also in the political, and in creative and scientific areas. Contracts are not only legal frameworks or economic