"This book sheds light on the complex relationships of Christianity, politics, peace and war in Africa and beyond. 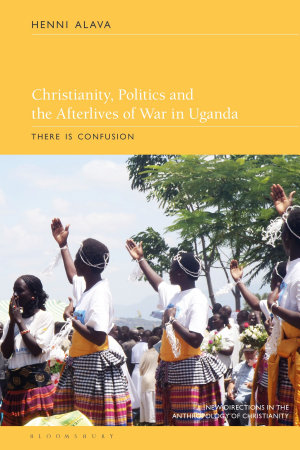 "This book sheds light on the complex relationships of Christianity, politics, peace and war in Africa and beyond. Drawing on ethnographic fieldwork in Uganda's largest religious communities, it provides a critical assessment of the Catholic and Anglican Churches' societal role following the war between the Lord's Resistance Army and the Government of Uganda (1986-2006). The book shows that Christian narratives of peace are entwined in the social, political and material realities within which the churches that profess them are embedded. This embeddedness both enables churches' peace work and sets it insurmountable limits. While churches aim to nurture peace, they themselves are cut up by societal divisions, and entrenched in structures of historical violence in ways that make their cries for peace liable to provoke conflict. At the heart of the book is the Acholi concept of anyobanyoba, 'confusion', which depicts an experienced sense of both ambivalence and uncertainty; a state of mixed-up affairs within community; and an essential aspect of politics in a country characterised by the threat of state violence. Building on this local concept, the book also advocates 'confusion' as an epistemological and ethical device."--