How to Be French is a magisterial history of French nationality law from 1789 to the present, written by Patrick Weil, one of France’s foremost historians.

How to Be French is a magisterial history of French nationality law from 1789 to the present, written by Patrick Weil, one of France’s foremost historians. First published in France in 2002, it is filled with captivating human dramas, with legal professionals, and with statesmen including La Fayette, Napoleon, Clemenceau, de Gaulle, and Chirac. France has long pioneered nationality policies. It was France that first made the parent’s nationality the child’s birthright, regardless of whether the child is born on national soil, and France has changed its nationality laws more often and more significantly than any other modern democratic nation. Focusing on the political and legal confrontations that policies governing French nationality have continually evoked and the laws that have resulted, Weil teases out the rationales of lawmakers and jurists. In so doing, he definitively separates nationality from national identity. He demonstrates that nationality laws are written not to realize lofty conceptions of the nation but to address specific issues such as the autonomy of the individual in relation to the state or a sudden decline in population. Throughout How to Be French, Weil compares French laws to those of other countries, including the United States, Great Britain, and Germany, showing how France both borrowed from and influenced other nations’ legislation. Examining moments when a racist approach to nationality policy held sway, Weil brings to light the Vichy regime’s denaturalization of thousands of citizens, primarily Jews and anti-fascist exiles, and late-twentieth-century efforts to deny North African immigrants and their children access to French nationality. He also reveals stark gender inequities in nationality policy, including the fact that until 1927 French women lost their citizenship by marrying foreign men. More than the first complete, systematic study of the evolution of French nationality policy, How to be French is a major contribution to the broader study of nationality. 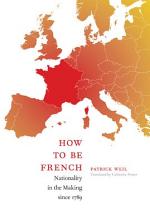 How to Be French

Authors: Patrick Weil
Categories: History
How to Be French is a magisterial history of French nationality law from 1789 to the present, written by Patrick Weil, one of France’s foremost historians. First published in France in 2002, it is filled with captivating human dramas, with legal professionals, and with statesmen including La Fayette, Napoleon, Clemenceau, 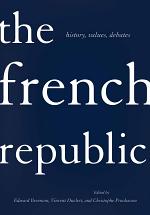 Authors: Edward G. Berenson, Vincent Duclert, Christophe Prochasson
Categories: History
In this invaluable reference work, the world’s foremost authorities on France’s political, social, cultural, and intellectual history explore the history and meaning of the French Republic and the challenges it has faced. Founded in 1792, the French Republic has been defined and redefined by a succession of regimes and institutions, 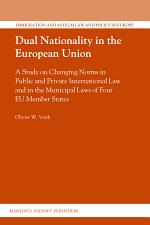 Dual Nationality in the European Union

Authors: Olivier Vonk
Categories: Law
The book analyzes the role of dual nationality in different fields of the law, in particular national and EU law, and offers a convincing argument for the (minimum) harmonization of European nationality laws. 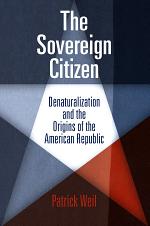 Authors: Patrick Weil
Categories: Political Science
Present-day Americans feel secure in their citizenship: they are free to speak up for any cause, oppose their government, marry a person of any background, and live where they choose—at home or abroad. Denaturalization and denationalization are more often associated with twentieth-century authoritarian regimes. But there was a time when 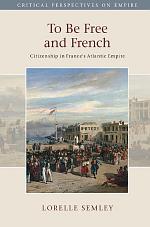 To Be Free and French

Authors: Lorelle Semley
Categories: History
The Haitian Revolution may have galvanized subjects of French empire in the Americas and Africa struggling to define freedom and 'Frenchness' for themselves, but Lorelle Semley reveals that this event was just one moment in a longer struggle of women and men of color for rights under the French colonial