When they reached the house, Igraine turned to look behind her. “Anwen, help me prepare for bed.” Surprised, Anwen threaded through those who had not yet hurried for their billets to reach Igraine. “My lady.” Igraine turned to Gorlois. 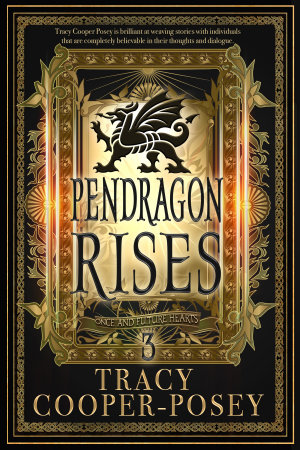 She is invisible to everyone but the blind man… Anwen is the least favored companion to Lady Igraine, the Duchess of Cornwall. No man will marry her, for she is old and plain. Instead, she teaches Igraine’s children to read. Steffan of Durnovaria was once a celebrated warrior in the Duke of Cornwall’s army, a friend to Prince Uther, the High King’s brother, and destined for greatness, until a Saxon war hammer stole his sight and destroyed his life. To deflect Steffan’s anger from the warriors around him, Igraine directs him to help Anwen teach her daughters. The assignment brings him no happiness and terrifies Anwen, who has never spoken to a man directly in her life. When the new High King, Uther, meets Igraine for the first time and becomes obsessed with her, Anwen and Steffan are drawn into a web of lies and deceit that could destroy Britain’s fragile peace. This novel is part of the ancient historical romance series, Once and Future Hearts, set in Britain during the time of King Arthur. 1.0 Born of No Man 2.0 Dragon Kin 3.0 Pendragon Rises 4.0 War Duke of Britain 5.0 High King of Britain 6.0 Battle of Mount Badon 7.0 Abduction of Guenivere 8.0 Downfall of Cornwall 9.0 Vengeance of Arthur 10.0 Grace of Lancelot 11.0 The Grail and Glory 12.0 Camlann Readers have described Tracy Cooper-Posey as “a superb story teller” and her ancient historical romances as “written art”. Get your copy of Pendragon Rises today! __ Praise for Pendragon Rises You will be drawn into a world so different, so compelling. You won't want to put it down. Love the descriptions and settings that transport me to that world. Well told and well written. This book really kept me on my toes I cried so much not knowing what would happen. I'm so in love with this series. Oh Anwen you and I are so alike! I can't tell you enough how Tracy can bring a character to life! I'll miss her and need to read this one again. This series is in the right century, told in the right way, and based on sound research, plus, it's just plain old great storytelling! Brilliantly crafted conversation from Steffan with his first multi-faceted lesson for the girls in Latin, sarcasm & irony. Tracy is always amazing at this. Tracy Cooper-Posey has brought the Arthurian Legend alive! I am so enjoying this series & it seems each book gets better and draws me in deeper. I hated to see this one end. A simply fantastic series that is getting better and better with each new book. The more I read of this series, the more I want. I love this book and I love Tracy Cooper-Posey! I am a long time fan of Tracy Cooper-Posey and love her writing. Pendragon Rises is an incredible story of two "invisible" people (Anwen and Stefan) who find unexpected love. Their story is woven into the amazing tapestry of the Arthurian Legend. I am in love with this series. It’s hard not to become emotionally invested in any Cooper-Posey character, but I found that especially true with Stefan and Anwen. A mighty warrior struck blind and the overlooked mouse in the corner. My heart ached for them. I absolutely love this book! We're pulled into this fantastic world by Tracy Cooper-Posey's vivid storytelling and deft handling of the personalities created within it. I can't say enough good things about Pendragon Rises or the series it's a part of! Pendragon Rises is the best novel yet of this wonderful series, The Once and Future Hearts. Once I started this one, I couldn’t put it down. Tracy puts together a wonderful story that parallels the Arthurian legends and history of that time while keeping the characters relatable and realistic. A definite read! I really liked Anwen’s happily ever after. Superb writing, I say. The romance between Steffan and Anwen is absolutely perfect! If you're afraid to give Historical romances a try due to authors not adhering to how you feel the past WAS, trust me, you won't be disappointed! Tracy Cooper-Posey just has a way with her writing that draws a reader into her world. Especially with the characters, there is such depth. Thanks Tracy for yet another brilliantly written story, with the whole history side included. ___ Tracy Cooper-Posey is a #1 Best Selling Author. She writes romantic suspense, historical, paranormal and science fiction romance. She has published over 120 novels since 1999, been nominated for five CAPAs including Favourite Author, and won the Emma Darcy Award. She turned to indie publishing in 2011. Her indie titles have been nominated four times for Book Of The Year. Tracy won the award in 2012, and a SFR Galaxy Award in 2016 for “Most Intriguing Philosophical/Social Science Questions in Galaxybuilding” She has been a national magazine editor and for a decade she taught romance writing at MacEwan University. She is addicted to Irish Breakfast tea and chocolate, sometimes taken together. In her spare time she enjoys history, Sherlock Holmes, science fiction and ignoring her treadmill. An Australian Canadian, she lives in Edmonton, Canada with her husband, a former professional wrestler, where she moved in 1996 after meeting him on-line. 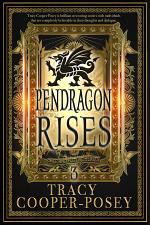 Authors: Tracy Cooper-Posey
Categories: Fiction
She is invisible to everyone but the blind man… Anwen is the least favored companion to Lady Igraine, the Duchess of Cornwall. No man will marry her, for she is old and plain. Instead, she teaches Igraine’s children to read. Steffan of Durnovaria was once a celebrated warrior in the 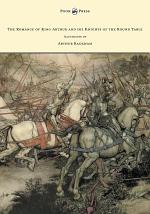 Authors: Alfred W. Pollard
Categories: Juvenile Fiction
The Romance of King Arthur and his Knights of the Round Table is an abridged narrative from Malory’s classic text, Morte D’Arthur, edited by Alfred W. Pollard. Le Morte d’Arthur is a compilation by Sir Thomas Malory of traditional tales about the legendary King Arthur, Guinevere, Lancelot, and the Knights 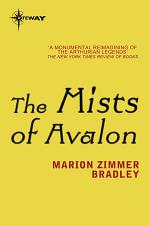 The Mists of Avalon

Authors: Marion Zimmer Bradley
Categories: Fiction
Morgaine, gifted with the Sight and fated with her brother-lover's doom, recounts the glorious tragedy of Camelot's brief flowering - not as a tale of knightly deeds, but as a woman's rounded view of society in the crucible of change. Through the lives of pious Guinevere, ambitious Morgouse, austere Viviane 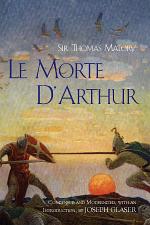 Authors: Thomas Malory
Categories: Fiction
This brisk retelling of Le Morte D'Arthur highlights the narrative drive, humor, and poignancy of Sir Thomas Malory’s original while updating his fifteenth-century English and selectively pruning over-elaborate passages that can try the patience of modern readers. The result is an adaptation that readers can enjoy as a fresh approach 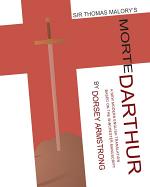 Authors: Sir Thomas Malory
Categories: Fiction
Dorsey Armstrong provides a new, Modern English translation of the MORTE DARTHUR that portrays the holistic and comprehensive unity of the text as a whole, as suggested by the structure of Caxton’s print, but that is based primarily on the Winchester Manuscript, which offers the most complete and accurate version