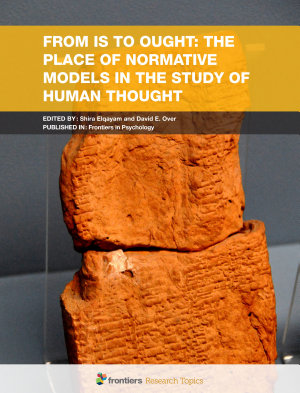 In the study of human thinking, two main research questions can be asked: “Descriptive Q: What is human thinking like? Normative Q: What ought human thinking be like?” For decades, these two questions have dominated the field, and the relationship between them generated many a controversy. Empirical normativist approaches regard the answers to these questions as positively correlated – in essence, human thinking is what it ought to be (although what counts as the ‘ought’ standard is moot). In contemporary theories of reasoning and decision making, this is often associated with a Panglossian framework, an adaptationist approach which regards human thinking as a priori rational. In contrast, prescriptive normativism sees the answers to these two questions as negatively correlated. Normative models are still relevant to human thought, but human behaviour deviates from them quite markedly (with the invited conclusion that humans are often irrational). Prescriptive normativism often results in a Meliorist agenda, which sees rationality as amenable to education. Both empirical and prescriptive normativism can be contrasted with a descriptivist framework for psychology of human thinking. Following Hume’s strict divide between the ‘is’ and the ‘ought’, descriptivism regards the descriptive and normative research questions as uncorrelated, or dissociated, with only the former question suitable for psychological study of human behaviour. This basic division carries over to the relation between normative (‘ought’) rationality, based on conforming to normative standards; and instrumental (‘is’) rationality, based on achieving one’s goals. Descriptivist approaches regard the two as dissociated, whereas normativist approaches tend to see them as closely linked, with normative arguments defining and justifying instrumental rationality. This research topic brings together diverse contributions to the continuing debate. Featuring contributions from leading researchers in the field, the e-book covers a wide range of subjects, arranged by six sections: The standard picture: Normativist perspectives In defence of soft normativism Exploring normative models Descriptivist perspectives Evolutionary and ecological accounts Empirical reports With a total of some 24 articles from 55 authors, this comprehensive treatment includes theoretical analyses, meta-theoretical critiques, commentaries, and a range of empirical reports. The contents of the Research Topic should appeal to psychologists, linguists, philosophers and cognitive scientists, with research interests in a wide range of domains, from language, through reasoning, judgment and decision making, and moral judgment, to epistemology and theory of mind, philosophical logic, and meta-ethics. 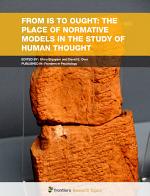 From Is to Ought: The Place of Normative Models in the Study of Human Thought

Authors: Shira Elqayam, David E. Over
Categories:
In the study of human thinking, two main research questions can be asked: “Descriptive Q: What is human thinking like? Normative Q: What ought human thinking be like?” For decades, these two questions have dominated the field, and the relationship between them generated many a controversy. Empirical normativist approaches regard 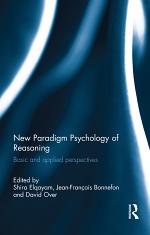 Authors: Shira Elqayam, Jean-François Bonnefon, David E. Over
Categories: Psychology
In recent years the psychology of reasoning has undergone radical change, which can only be seen as a Kuhn-style scientific revolution. This shift has been dubbed ‘New Paradigm’. For years, psychologists of reasoning focused on binary truth values and regarded the influence of belief as a bias. In contrast to 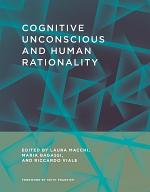 Authors: Laura Macchi, Maria Bagassi, Riccardo Viale
Categories: Science
Examining the role of implicit, unconscious thinking on reasoning, decision making, problem solving, creativity, and its neurocognitive basis, for a genuinely psychological conception of rationality. This volume contributes to a current debate within the psychology of thought that has wide implications for our ideas about creativity, decision making, and economic 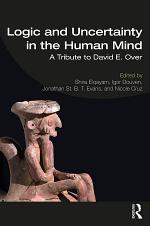 Logic and Uncertainty in the Human Mind

Authors: Shira Elqayam, Igor Douven, Jonathan St B. T. Evans, Nicole Cruz
Categories: Psychology
David E. Over is a leading cognitive scientist and, with his firm grounding in philosophical logic, he also exerts a powerful influence on the psychology of reasoning. He is responsible for not only a large body of empirical work and accompanying theory, but for advancing a major shift in thinking 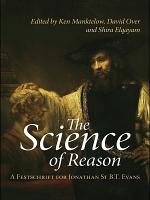 The Science of Reason

Authors: Ken Manktelow, David Over, Shira Elqayam
Categories: Psychology
This volume is a state-of-the-art survey of the psychology of reasoning, based around, and in tribute to, one of the field’s most eminent figures: Jonathan St B.T. Evans. In this collection of cutting edge research, Evans’ collaborators and colleagues review a wide range of important and developing areas of inquiry.