She touches her daughter's bald head. In the glow of the candlelight, I see Anjana's bald head move closer to her mother. It chooses to seek comfort from Auntie's lap instead of being cradled in her own hands. 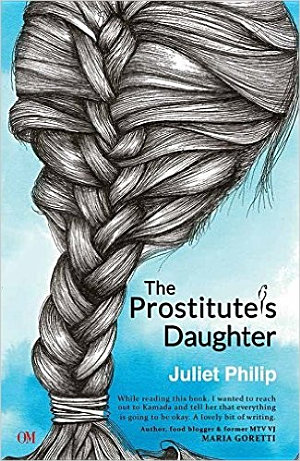 Kamada, whose mother, Tara, is a prostitute solicited by wealthy men in Mumbai, prefers to live in her own world of magic, where her imagination shields her from her reality. She is on a mission to escape the streets of the city and her mother’s house, which feels like a prison. Only her magical friends, a parrot astrologer who tells of the future and a neighbouring family know that her dream is to leave home to study in America, for which she has been conscientiously making arrangements studying for the GRE, collecting all the necessary documents and taking care of the finances. As she plans her escape, the 16-year-old’s world is turned upside down when her mother reveals a secret, adding to the many upheavals already assailing her teenage mind. Will her dream and the future she envisages for herself in a faraway land come true? Praise for The Prostitute’s Daughter While reading this book, I was wishing I could reach out to Kamada and tell her that everything will be okay in the end. A lovely bit of writing. Maria Goretti (author, food blogger and former MTV VJ) (Kamada’s) means of escape is the blue folder she carries everywhere. She also escapes via her own imagination, which conjures fantasy creatures everywhere, animates the fruits at vending stalls and lends voices to the city’s potholes. It’s this overlay of fantasy, always evocatively but matter-of-factly interwoven with the real-world narrative, that lends the book its greatest charm. The sheer manic detail of it all speaks eloquently of Kamada’s fever-pitch desperation for a new life, and its resolution at the book’s end is touchingly bittersweet. An extremely memorable and winning tale of the perseverance dreams require. Kirkus Reviews Juliet Philip loves magic, white feathers, faeries, wine, the sound of the rain, glowworms, ponies, majestic elephants, fresh coffee, dance, waterfalls, castles (both real and in the air), rainbows, blowing bubbles, deep belly laughs, the smell of wet earth, and creating things. She likes to make books, drawings, doodles, banana bread, fish curry in coconut milk, silly randomness, magic, and connections with people and the universe. Her stories are based in enchanting India because she grew up there. Talking Points A heartwarming tale about making dreams come trueEvocative of a teenager’s struggle in trying circumstancesA moving portrayal of unlikely friendships and escapist imaginationsWorldwide readership/marketLovers of young adult and general fiction, commercial fiction readers, general-trade readers. 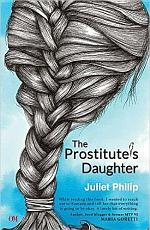 Authors: Juliet Philip
Categories: Indic fiction (English)
Kamada, whose mother, Tara, is a prostitute solicited by wealthy men in Mumbai, prefers to live in her own world of magic, where her imagination shields her from her reality. She is on a mission to escape the streets of the city and her mother’s house, which feels like a 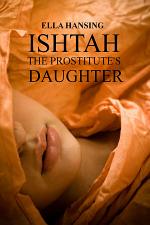 Authors: Ella Hansing
Categories: Fiction
Daughter of the most illustrious prostitute in all Arrapha, young Ishtah must find a way to endure her mother’s fame. With the ceremony of the god Ashur beginning in a few short hours, will she risk the unknown in pursuit of her own happiness, or succumb once more to acceptance 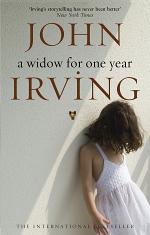 A Widow For One Year

Authors: John Irving
Categories: Fiction
'One night when she was four and sleeping in the bottom bunk of her bunk bed, Ruth Cole awoke to the sound of lovemaking - it was coming from her parents' bedroom.' This is the story of Ruth Cole. It is told in three parts: on Long Island, in the 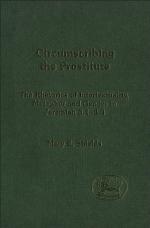 Authors: Mary E. Shields
Categories: Religion
In Jeremiah 3.1-4.4 the prophet employs the image of Israel as God's unfaithful wife, who acts like a prostitute. The entire passage is a rich and complex rhetorical tapestry designed to convince the people of Israel of the error of their political and religious ways, and their need to change 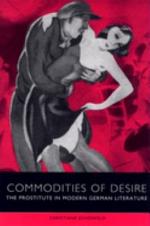