... colleges and universities regarding the nature of their curious and perplexing (if not odd and eccentric) metier. ... a polite but often harassed leader (scholar, ambassador, manager, fundraiser) of some university, that he or she ... 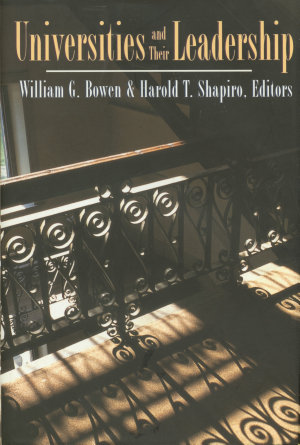 On the occasion of the 250th anniversary of Princeton University, leading educators and commentators participated in a symposium jointly sponsored by Princeton and The Andrew W. Mellon Foundation. Universities and Their Leadership is a collection of original essays from presenters at the Princeton Conference on Higher Education. Individually, these essays discuss aspects of contemporary higher education in the U.S. Taken together, they offer a useful perspective on issues that face American universities as they enter the twenty-first century. The opening essay, "The University and Its Critics" by Frank Rhodes, confronts criticisms of the American university, examines how universities have changed over recent decades, and suggests a plan of action to restore public confidence and strengthen bonds of community within universities. "On the Accountability of Higher Education in the United States," by Martin Trow, deals with the critical issue of responsibility. Harold Shapiro's essay, "University Presidents--Then and Now," blends personal insights with a historical account of changes over time in the roles of university presidents. In commenting on Shapiro's paper, Hanna Gray draws on her experiences as a university president and her training as a historian to demonstrate that university presidents have always operated under constraints. Henry Rosovsky and Inge-Lise Ameer collaborate in the essay "A Neglected Topic: Professional Conduct of College and University Teachers," to which Amy Gutmann responds in an essay entitled "How Can Universities Teach Professional Ethics?" Oliver Fulton contributes a cross-cultural perspective in "Unity or Fragmentation, Convergence or Diversity: The Academic Profession in Comparative Perspective in the Era of Mass Higher Education." Daniel J. Kevles's essay, "A Time for Audacity: What the Past Has to Teach the Present about Science and the Federal Government," considers the historical partnership between the scientific community and the government. In reaction, Frank Press in "New Policies for New Times" comments on the shifting actions of major political parties in supporting research, and Maxine Singer, in her essay "On the Future of America's Scientific Enterprise," surveys opportunities and problems that have been created by recent scientific advances. 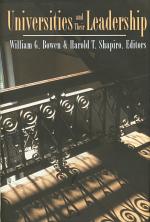 Universities and Their Leadership

Authors: William G. Bowen, Harold T. Shapiro
Categories: Education
On the occasion of the 250th anniversary of Princeton University, leading educators and commentators participated in a symposium jointly sponsored by Princeton and The Andrew W. Mellon Foundation. Universities and Their Leadership is a collection of original essays from presenters at the Princeton Conference on Higher Education. Individually, these essays 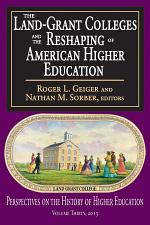 The Land-Grant Colleges and the Reshaping of American Higher Education

Authors: Roger L. Geiger, Nathan M. Sorber
Categories: Law
This work provides a critical reexamination of the origin and development of America’s land-grant colleges and universities, created by the most important piece of legislation in higher education. The story is divided into five parts that provide closer examinations of representative developments. Part I describes the connection between agricultural research 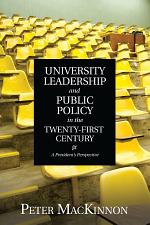 University Leadership and Public Policy in the Twenty-First Century

Authors: Peter MacKinnon
Categories: Education
Drawing on more than a decade of service as president of one of Canada's major research universities, Peter MacKinnon offers an insider's perspective on the challenges involved in bringing students, faculty, and governments together in the pursuit of excellence. 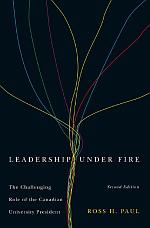 Authors: Ross H. Paul
Categories: Education
While the role of the university president has evolved dramatically in recent years, the recruitment pool and selection process have changed little since the 1960s. In Leadership Under Fire, Ross Paul combines leadership theory, interviews with eleven of Canada's most successful presidents, and thirty-five years of personal experience to shed 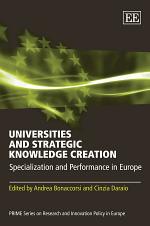 Authors: Andrea Bonaccorsi, Cinzia Daraio
Categories: Education
'. . . my opinion is that this book not only presents a wide and complete report of an extensive research effort, but also opens new directions for future research advancements in this field, that is very relevant both from theoretical considerations and policy-making implications.' Education Economics 'This book is