The Sea Captain's Daughter Trilogy Bianca D'Arc. house.” She smiled at him as he agreed without comment. ... Like wildfire through her system. When he was ready, she led him through the kitchen and into the hall. 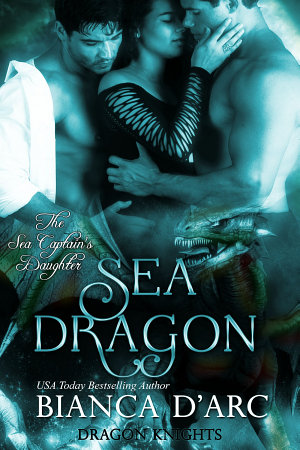 A blind dragon who just wants to be left alone… Sir Hrardorr was once the mightiest of fighters. Now he’s blind and useless. His knight is dead and he can’t even go into proper mourning because he needs help just to get around. Part sea dragon, he decides to go to the Southern Lair to rusticate by the coast. He can fly out over the open water and dive into the sea, where he still has at least some ability to hunt on his own. He doesn’t expect to meet a human woman out on the water, fishing in her small sailboat, but he does, and unexpectedly, they become friends. A young man who gave up the sword to help the Lair’s healer… Seth grew up in the Lair and has long had a crush on the most beautiful girl in the town, Livia. But she is the famous sea captain’s daughter, and far, far above him. It’d be one thing if he was a knight or at least a candidate to be one, but Seth gave up all dreams of knighthood when he chose to apprentice himself to the Lair’s elderly healer—the closest thing to a grandmother he’d ever had. His gentle heart has changed the course of his entire life and he’s not sure it’s for the better, but he sees no other option. A newly made knight who doesn’t know how to be one… Sir Gowan is a warrior. He was a teacher of fighting when he caught the dragoness’s eye and she chose him as her new knight. Genlitha is a stubborn female and though Gowan tried to refuse, he found he could not turn down the magnificent dragoness, even though he knows nothing about being a knight. They have come to the Southern Lair so Genlitha can teach young fliers how to best navigate the tricky winds off the ocean, and to gain time for Gowan to learn how to be her proper partner. Three humans. Two dragons. Attraction that cannot be denied… Both Seth and Gowan are drawn to the lovely Livia, and Genlitha finds the attraction she had for Hrardorr when they were still both dragonets has only grown stronger over the years, but there are obstacles. Hrardorr has sworn to never choose another knight. Seth has sworn to be a healer, even though it’s not his true calling. Gowan is just trying to figure out how to survive in this new world of knights and dragons. And then they are attacked from the sea by a mighty fleet with dragon-killing weapons, and the town and Lair find themselves totally unprepared to fight. It will be up to the five of them to save the town…if they can. It seems impossible, but they have to at least try. The Dragon Knights series consists of: Daughters of the Dragon 1. Maiden Flight 2. Border Lair 3. The Ice Dragon 4. Prince of Spies The Novellas 5. The Dragon Healer 6. Master at Arms 7. Wings of Change Sons of Draconia 8. FireDrake 9. Dragon Storm 10. Keeper of the Flame 11. Hidden Dragons The Sea Captain’s Daughter Trilogy 12. Sea Dragon 13. Dragon Fire 14. Dragon Mates 15. The Captain’s Dragon 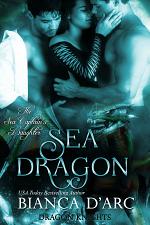 Authors: Bianca D'Arc
Categories: Fiction
A blind dragon who just wants to be left alone… Sir Hrardorr was once the mightiest of fighters. Now he’s blind and useless. His knight is dead and he can’t even go into proper mourning because he needs help just to get around. Part sea dragon, he decides to go 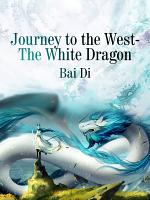 Journey to the West-The White Dragon

Authors: Bai Di
Categories: Fiction
As the most hated and tormented prince of the Flood Dragon Clan, Candle Light had never thought that someone could pull him out of his quagmire.This man was tall and jade-like, with a face like that of a god, but he had the courage of a hero and was born 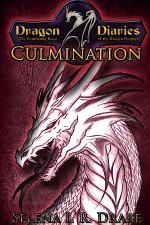 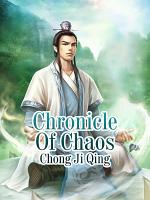 Authors: Chong Jiqing
Categories: Fiction
Unexpectedly, the Heaven Realm Lord had cast down a Flowing Fire to destroy the mortal world. Jin Jian had also been wounded by the Flowing Fire, so he sank into the Deep Sea, turned into a floating object, and started cultivating again. What kind of world was the Deep Sea, 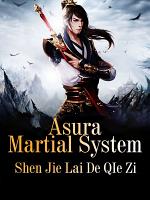 Authors: Eggplant FromGod'srealm
Categories: Fiction
HE ACCIDENTALLY ACQUIRED A MAGICAL SYSTEM,AND HE SOON ACHIEVED TO THE PEAK. Because of his extremely low talent, Zhao Xin was bullied from an early age. On this day, he was beaten by others and fainted. After waking up, he found that he had accidentally bound the asura martial system.